While one in eight American preschoolers is obese, that number is only one in seven amongst low-income children. That number has fallen in 19 US states and territories and has only risen in three states.

Parents concerned about their children’s health might want to consider the advantages of summer camp. As awareness builds around the dangers of high-sugar processed foods, the other culprit in children’s obesity is a lack of exercise. While 15 percent of US kids are obese, 30 percent of American youth overall are overweight.

At sports summer camps, kids participate in activities that are not only fun, but are healthy too. PE is no longer offered in an increasing number of schools, and if they do, most students find the repetitive nature of calisthenics boring. Summer camps offer myriad opportunities for participants to have a good time without even thinking they’re getting exercise.

Some camps offer programs specifically designed to help overweight kids. Instead of focusing purely on physical activity, these programs engage campers on another level, one that helps young people build self-esteem and confidence. There are plenty of opportunities to develop meaningful connections with peers who have faced some of the challenges that come with being overweight, including  social ostracization and being victims of bullying. 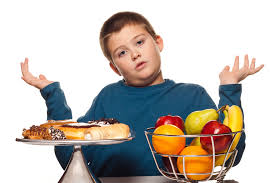 Instead of spending the summer watching television and eating junk food, campers eat wholesome, healthy, real foods. A lot of camps have begun to offer more vegetables and fruits prepared deliciously, and have reduced the amount of fried and sugary meals, all in a setting that allows them to eat slowly while chatting with their new friends.

Kids at camp also have the chance to do fun things, like hike, swim, and play cooperative games. Sports activities center around building teamwork and learning how to effectively communicate with others. Those who haven’t participated in sports like baseball, football, basketball, and soccer, before are allowed and encouraged to try new things in a supportive atmosphere.

As they gain new skills, campers will likely acquire the self-assurance to engage in such activities back home. In addition to increased athletic skills, according to several studies, physically fit children do better academically than out-of-shape kids.

To help parents choose which sports summer camp is right for their family, Camppage offers a listing of programs in all regions of the US and Canada. From baseball camp, soccer camp, basketball camp to those geared toward hiking, orienteering, swimming, and horseback riding, you’re sure to find a program that’s just right for your child.

Find the Perfect Summer Experience for Your Child at a Camp in California
Archives
Summer Horse Camps: Plan an Unforgettable Summer Camp Adventure

This is the sixth article in a series of ten on Choosing the Best Summer Camp in America. When Choosing a Summer Camp,... Read More

My Wonderful World: A National Geographic Campaign to Promote Geography

Making Friends at Summer Camp that Will Last Throughout the Year

Kids learn so many things at summer camp. Some learn to swim, others learn a new craft and others improve their tennis... Read More